A Picture of Self

This is Milo. If you have read Wilderness—How to Marry Jesus in 10 Years or Less you learned that Milo is our dog. He is part lab, part pit-bull and 100% alpha male, with his equipment intact. He has been a wonderful companion, loving protector and difficult thorn in our side ever since God brought him into our lives. Milo is a baby and a bully, ornery and sweet and we love him to bits. Now animals are important to us as they not only give us love but give us valuable lessons from the Father. Milo is no different. We now realize that Milo was sent to us as a perfect representation of the ‘self’ nature.

As a living parable of ‘self’ God has taught us a lot about ourselves through Milo. Most of these lessons have been unpleasant but necessary. The first lesson we learned from Milo about ‘self’ had to do with his willfulness. Milo is so large and powerful that if he wants to go somewhere, he will….even if you are hanging on to his leash being dragged through A) thorns, B) dirt and mud, C) ice and snow or D) wet grass.

Milo has the power of a Saturn V rocket at take-off and when he lunges anything holding on is simply along for the ride.

It took us years to figure out it takes two leashes with two people just to hold him in place when he gets the ‘urge’ to go somewhere. Saying Milo is a reactive, willful beast would be somewhat tame. One time when Milo was young I gave Patches a bone to eat. As the dominant alpha male Milo decided that the bone was his and he ripped it away from poor, meek Patches. I rolled him. Stopped him cold and then I gave the bone back to Patches. Isn’t that typical of the ‘self’ nature? When it wants something, everything and everyone is an afterthought. ‘Self’ does not care who is ‘hanging on’ or who has what as long as ‘self’ gets what it wants. ‘Self’ has no consideration for others and will take anything and everything it can get. 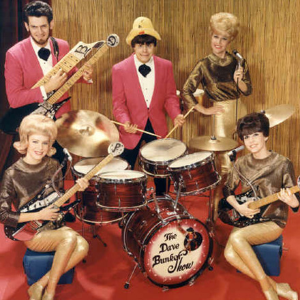 Milo also has an eye for the ladies. Not just a little winky eye, no, Milo has a full blown stare down at the object of his lustful gaze. Once his target is acquired, he goes after her with all the romance of a caveman with a club. It is extremely embarrassing as he has the subtlety of a Vegas lounge act.

Our lustful male will stop at nothing to engage in one of his favorite activities and it has taken a great amount of effort to make sure there are no little Milo’s popping out. When we first had Milo, we gave him a great deal of latitude. Since we were in a rural area and were poor, we let Milo run around without a leash. At first this was ok but as we journeyed, I noticed him change his behavior.

He would stick close by me initially, constantly monitoring where I was. As we walked, he put his nose down and started wandering. Every so often he looked up and checked to see if I was still watching him. Eventually he wandered farther away but always within sight, checking periodically if I had my eye on him. If I got distracted in an instant, he was gone. No matter how much I called he would not come back until he had gratified his lust somewhere. When he came back, he was punished, but that never stopped him. Now we know that Milo is untrustworthy. No outdoors time for him without a leash. Milo taught us about ‘self’ and all of its lustful desires.

You cannot, and must not, trust ‘self’ in any capacity or give it any quarter for it will abuse that privilege mightily. It is tricky, carnal and completely without morals. ‘Self’ wants what it wants and will use deceit and trickery to fulfill its lustful desires.

For a dog born in the poorest part of P.E.I. and has lived with a homeless family his whole life, it is surprising how much Milo craves comfort. Not just any comfort, this dog is particular about his comfort. He started his journey into hedonism innocently enough. When we were living in the tarp in the woods, we only had a few blankets to sleep on and to cover ourselves. The dogs slept at our feet on what little protection from the ground we could give them. Patches was fine with this but not Milo. Oh, no. Every morning we found that he had weaseled his way onto the blankets and pushed one of us off.

His comfort has come first ever since; at least in his mind. When we were living in apartments, he learned that he was allowed on the couch. You could say we felt sorry for him, but he soon became addicted to the soft cushions. That was fine except when he wanted to go to sleep. If we were sitting on ‘his’ couch he whimpered, whined and was all put out until we moved and he could go to bed. I have never met such a being that is so addicted to comfort and the pleasure of self. Wait. Scratch that. I forgot that I worked for a billionaire once. So I have met two beings in my life that are addicted to self and the pleasure of self. Milo has been a lesson on how much ‘self’ wants its own comfort even at the expense of others because ‘self’ does not care for others.

We learned the hard way that you cannot appease ‘self’ or it will abuse your grace exponentially. ‘Self’ only ever cares for itself and nothing will ever change that.

Searching out comfort and sneaking away are trademarks of our dog, but he stretches it even farther than that. Milo is shameless with his cunning and manipulation when there is something he wants. This dog has taken begging to an art form. Seriously. I think he should be in the Guinness Book of World Records for the style, grace and absolute shamelessness of his begging. Now I hold Wanda partially responsible for this. She has been spoiling our ‘poor, sweet puppy wuppems’ and slowly turning him into a Vienna sausage but Milo has done much on his own. When he wants to go for a walk, he will whine and whine until we take him out. He sounds like an ungreased door hinge or fingernails on a chalkboard. Real pleasant. Then we find out he has been taking correspondence lessons in English.

When we mention the words ‘walk’ or ‘out’ with the word ‘Milo’ he suddenly becomes Godzilla. 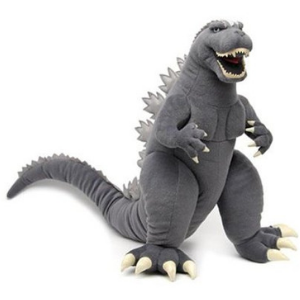 His tail beating against legs, walls, vases, pictures, knick knacks, books, plates of food, etc. becomes a vicious weapon of mass destruction as he is gripped in paroxysms of pleasure at the mere idea of urinating. Trying to get a leash on him qualifies us for calf roping or steer wrestling competitions. Frankly I think we would do pretty good myself. When he does get his way Milo becomes as docile as a lamb.

We have seen how ‘self’ manipulates people in others as well as ourselves but we often minimize it. This is another trick ‘self’ uses. ‘Self’ is so tricky that it will use any means necessary to get its own way. When one caves to the pressure, ‘self’ is overjoyed, but heaven forbid you should say no to ‘self’ for it would unleash a torrent of anger and hatred. The word ‘no’ is anathema to ‘self’ and it loathes not getting what it wants.

‘Self’ is a manipulative beast that wants nothing but what pleases it.

For all of Milo’s bravado and alpha male aggressiveness he is a fearful mutt. When we had to leave him once in the cottage by the sea he managed to wreck a door and a window 5 feet off the ground just trying to get out. He cannot stand to be apart from us so we never leave him alone now. In a thunderstorm he becomes a puddle. He will cuddle up close and lean into one of us with his full 90 pounds expecting us to make the scary noise go away. I have never met a more fearful dog in my entire life. This big, brawny, muscular puppy whimpering like a baby because of fear. Pathetic.

One of main things we learned about ‘self’ through Milo was just how fearful ‘self’ is. ‘Self’ leads people to live in constant fear and act out of that fear. It is a terrible bondage. What most do not understand is that ‘self’ is unnatural and so is destined for death. That is why ‘self’ is so fearful. God did not create ‘self’ nor can ‘self’ be a part of Him so it must die. ‘Self’ does not want that so it wraps a person in complete fearfulness to prevent death. If only people understood that when we surrender our ‘self’ to God and let Him destroy the enemy of our soul we can be free of fear.

As ‘self’ dies, along with the fear it brings, we are free to live in faith knowing that God will always take care of us. We cannot begin to describe the sheer pleasure and freedom that comes with ‘self’ being crucified.

In the end Milo is a dog and is the way God made him. Even though we love him, he can’t be anything else but a dog. We, on the other hand, are humans who can choose to be a conduit for ‘self’ or spirit. I pray you find the courage today to let the ‘self’ in you begin to die and let the spirit in you live.

5 thoughts on “A Picture of Self”