Do you know you are in danger? Are you aware of the risk you are taking right now? Though we cannot see the threat, it exists… waiting. We must escape.

We were sound asleep in Simon’s trailer when the sound of trouble began. Simon and his friends were drinking around the firepit just a few yards away when we had drifted off. Now they were angry. Simon felt we had overstayed our welcome and wanted us to leave. He wanted his trailer back; at once.

When we first arrived at the trailer in May 2012, we were homeless and chilled, looking for a place to rest. Simon was stone cold drunk but even in that state he was willing to allow us to stay in his spare camper. It was a beat-up, tarp covered, grime and bug infested place Simon and his friends used as a drug den. Despite the drawbacks the trailer would keep us covered from the rain so we accepted his gracious hospitality.

For 40 nights we stayed in this filthy hovel not knowing where to go next.

Our host, Simon, was a Native Canadian who had a troubled past, starting with abuse in a residential school. At an early age he turned to drink and never looked back. His alcoholism was so grievous he resorted to drinking straight Listerine. When Simon was sober, he was kind and attentive but when he drank; he was another person.

Revel was a friend of Simon, a convict, thief, and drug user. That night Simon sat drinking with Revel and another man. In his inebriated state Simon told Revel that he wanted us evicted. A violent, demon filled criminal, Revel was a little to eager to help.

The plastered trio approached the little trailer where we were sleeping and yelled out. Banging on the plywood sheet that was the door Revel demanded we leave immediately. It was past 2 AM. I yelled back that we would leave in the morning and to let us sleep until then. This was a match to dry kindling.

Revel yelled back that our answer was not acceptable. He wanted us to leave… NOW! The malevolence in his voice was frightening. I was not going to agree to his demands for I could not risk allowing my daughters and wife around 3 drunk bullies late at night. I moved to block the door with my body so they could not get in. Revel banged on the door harder but I held my ground.

Fear grabbed us with a vise-like grip.

Revel, Simon and the other man cursed us and our faith, mocking God before us. Their lewd comments included raping my daughters and injuring us. Though we followed Jesus in faith, we did not know how God would come through for us against the murderous intent of these hooligans. Revel kicked the door hard with his boot again and again. Each blow sent pain through my spine but they could not breech the door. We prayed and sang Jesus Loves Me as their vulgar language became even more foul. The demons raged, mocking us and our God. The kicking continued.

Our prayers for a mighty deliverance went unanswered that night yet God never abandoned us. Jesus wanted us to learn a valuable lesson about escape.

In this milieu of angry, violent words and actions, God quietly reminded Wanda of the pair of scissors she had purchased just a few days earlier. Scissors in hand, Wanda maneuvered to the opposite side of the trailer and cut a hole through the flimsy canvas. Ida, Fanny and I worked hard to keep the attention of the drunks so Wanda could escape.

Unnoticed by the demon filled thugs Wanda made her way to the nearby hotel and called the police. Soon the law arrived. Once they arrested Revel and placed him in a squad car, they subdued Simon and the other man. At that point we finally came out of the trailer. It surprised the police to find we had lived in Simon’s trailer for so long. For our own safety they suggested we leave. We had enough encouragement already to take that route and needed no further prompting. The time was about 3 AM. Thoroughly awake, we did not know where to go.

Then a pastor, whose acquaintance we had made a few days earlier, came by with his van to retrieve us. He was not happy to help that early in the morning, but he did so. After dropping us off at the church building we said goodnight. We were safe, warm and able to get much needed hot drinks. After he left we had time to calm down, pray and debrief, we fell back to sleep.

Although we wanted God to deliver us that night, from the drunken thugs and homelessness, He chose not to. 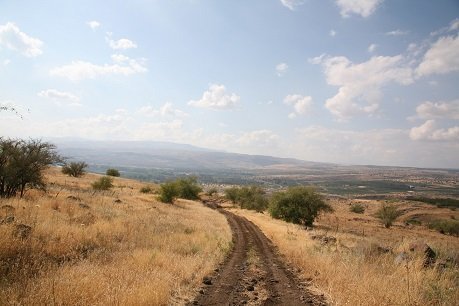 Instead God led us to find the path of escape that He had prepared for us. In this way He gained great glory, and we learned a critical lesson of faith. God’s deliverance isn’t always the spectacular, it rarely is. His heart is for a mature relationship and He requires that we follow Him in faith to find the only path that will lead to escape.

Few understand that they are in as much danger spiritually as we were physically in Simon’s trailer. The demons of this world surround and threaten. They call out for us to live a life acknowledging Jesus but not to follow Him in complete obedience. The danger is complacency and an average life overcome by ‘self’. To those that see this pitfall and are looking for a way out Jesus has provided a path to freedom. It is not the mighty deliverance of an army but an escape with your life intact. 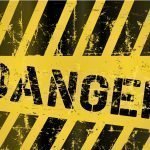 Where you put your trust matters. Trusting in ‘self’ only leads to destruction. Only those that put their wholehearted trust in God will find the way of escape. Though you may not see the danger waiting does not make it less real. Jesus has provided freedom from this peril but He requires our total obedience in following Him. If we listen and follow Him, He will lead us on the path of uncompromising faith and escape. Where is your trust?