The Mask of the Beast

It has been several months since God has permitted the demonic principality of fear to blanket and smother the earth. Although satan wished to bring about an end to civilization prematurely God has softened the blow and allowed this manufactured crisis to expose what is in the hearts of man. From panicked buying to egregious government overreach we have quietly witnessed a spiritual battle of epic proportions. The Bride of Jesus has been on the front lines of war as Jesus has exposed the mask of the Beast.

For the past two months God has enlisted our family into a battle we knew was coming but had little idea of how it would unfold. We have faced unprecedented sickness, conflict and trial, as many of God’s chosen have, as this pall of fear tried to constrict and smother us too. However, like all trials that God leads us through, Jesus has lessened the blow and deftly exposed the enemy’s plans and those who would bow to demonic filth. This revealing of the mask of the Beast is crucial for this hour in history.

Many years ago, when God waged war with Pharaoh over the Hebrews, the entire nation suffered, including the Jews, for the first few plagues. As the plagues progressed however, God spared His own and withdrew them from the people of Egypt with whom they had become entangled. The plagues, though horrific, served like a sieve to separate God’s own people from those they served.  The shaking was necessary to prepare the people for what lay ahead.

God has permitted a shaking in our time is to cause His people to divorce the Beast system of this world that has ensnared them.

In the middle of trial and battle it is very hard to appreciate God’s goodness and love working in the situation. We struggle trying to reconcile what we see and experience with what we believe but God is building our faith by making us face the unknown. Having faced this demonic principality of fear before, we can attest that God has it in check and satan will not do greater damage than the Father has allowed to bring about His perfect will and purpose.

Every trial Jesus leads us through brings growth in faith as we follow Him. As a faithful Savior we trust in His goodness and faithfulness but it is only after the trial does He explain what happened. In this way He builds in us uncompromising faith and greater trust in who He is. The trial before us is no different and the wisdom God has given us we share with you.

Although it is easy to get trapped in the weeds of details regarding this current crisis satan unleashed through the Chinese communist party, we want to focus our attention on the bigger spiritual picture. Those who know the word of God know at the end of the age a Beast system will appear and take over the earth; forcing many to take its mark. Our goal here is to further expose the present Beast system as we see its tentacles trying to force its will on people. Knowing the characteristics of the mark may help others avoid it.

The Characteristics of the Beast System

The first characteristic of the mark of the Beast is that those who are a part of it will treat everyone like a child. The term for this is neoteny or the progressive juvenilization of adults. This is a tactic slave owners used to keep slaves from rebelling. You may have seen this from people demanding grown adults to stand in a particular spot in a store or wear a specific article of clothing on their face and then treating them like disobedient children if they do not comply.

Secondly, the Beast will always try to violate the free will of individuals under the guise that ‘we are all in this together’ or ‘we are trying to keep you safe’. These words are the oil on the sword to enforce egregious and silly dictates of power hungry people that have allied themselves with the Beast. Any time our free will is subjugated and suppressed, we know the Beast system is near.

Once the Beast has suppressed most of the people into blind, fearful obedience, those that walk in faith, or challenge the overreach, are seen as rebels. The Beast does not have full control over the earth, but it will not tolerate disobedience for that is the seedbed of rebellion. This rebellion against the Beast system is what people of uncompromising faith are called to as they divorce the God of this world to be wedded to the God of heaven.

The Beast system controls people through direct enforcement, however their enforcement is capricious, arbitrary, and without compassion or mercy.

Watch an example of this here.

Standing in the Day of Evil

Whether we agree, the Beast system is well entrenched in business and government today. It has seduced many into obedience and worship of it through deception and lies. God has sent this shaking to separate His people from those that would take the mask of the Beast and follow it to their doom. How do we navigate through this time?

Remember the big convictions you hold to inside guide the little decisions you make each day. If preserving your body causes you to take the mask of the Beast system, then you have no faith and will be rootless and tossed about by every whim of man. If faith reigns, then you will take a stand with Jesus against those that would enforce capricious dictates that morph and change every day.

Jesus is the Rock, the unchanging truth we can hold on to no matter what satan throws at us.

What are we members of? 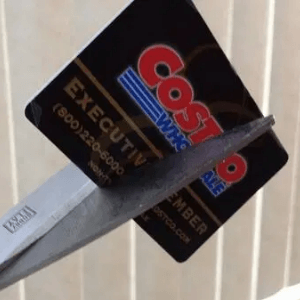 Recently our family had to make such a decision. In 2017 we got a Costco membership and shopped there occasionally when we could afford to do so. When the demonic principality of fear was unleashed this spring, we watched aghast as Costco instituted Draconian guidelines that were more suited to a socialist dictatorship under Nicholas Maduro than a free society. However, it was not until they decided to enforce mask wearing arbitrarily that we knew we had to revoke our membership permanently. We took a stand against the Beast system as God led and afterwards He gave us these verses.

Now you [collectively] are Christ’s body and [individually] you are members of it, each part severally and distinct [each with his own place and function]. (1 Corinthians 12:27)

Being a member of Costco bound us to a Beast system our family could have no part of. It was wisdom to cut it off lest we be dragged down to the same hell of pitiless obedience Costco management demands from its patrons. By God shaking the earth He exposed the Beast system hidden in plain sight not three blocks from where we live. If we did not take this stand of faith now, how could we stand in faith when the times get darker?

Today we can choose to be a peacekeeper or a peacemaker. A peacekeeper will blindly follow the dictates of the Beast without understanding what is behind it; satan. Words of ‘stay home, stay safe’, ‘wear a mask’, ‘social distance’ are words peacekeepers use to enforce obeisance to the Beast system. If others fail to heed their words, they are shamed and ridiculed. Peacekeepers do not want anyone to rock the boat. Their words are filled with fear and ‘self’-preservation.

Peacemakers can see the tentacles of fear that satan uses to entrap. They stand up in faith, clinging to their conviction of truth, knowing that only in Jesus is there safety. This means there will be a confrontation with the peacekeepers as they try to force the peacemaker to wear the mask of the Beast and submit. Stand firm in faith.

Resist the devil at this time and hold fast to the faith to which God called you.

Today God is building in His people a faith that will endure to the end. As we face the searing headwinds of the system of the Beast and his mask, we remember that the God who has brought us into the valley of despair will also be the One who brings us out! May Jesus find His Bride worthy to be called by His Name. Don’t put on the mask of the beast; but keep and preserve your spiritual autonomy and freedom in Christ!

2 thoughts on “The Mask of the Beast”